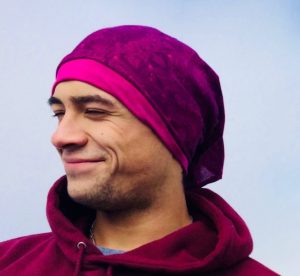 On February 4th Julio Florez will be once again celebrating his son Benjamin’s birthday, who died from an overdose in 2016.

In Alberta, from January 2020 to October 2020, there was 904 Opioid Overdose related deaths. That’s a tragic average of 3 people a day!

Julio and his daughter, Katrina Florez, will be doing a 12 hour walk in the Birchwood trails in Ben’s memory. Julio asks that you please join him in a Covid-19 compliant manner, by walking in the Birchwood Trails, going for a walk close to your home, or getting active wherever you may be. Share on social media by using the hashtag #BirchwoodforBen to join Julio and Katrina in Ben’s honour.

Please join us on the journey to raise awareness and support mental health in our communities by Waking for Ben, or donating to https://www.canadahelps.org/en/pages/birchwood-for-ben-2/

Julio’s message is, today, more than ever it’s so important that:

“If by sharing our pain, we can celebrate Ben’s life and prompt at least one person to take action on their mental wellness or on helping anyone, we will feel his passing continues to contribute to something greater! He was a very gentle and kind young man! We love him and are very proud of him!” – Julio Florez

Middle-aged men (40-60) die by suicide more than anyone else, including young people and women (Statistics Canada, 2019).

Canadian Centre on Substance Use and Addictions